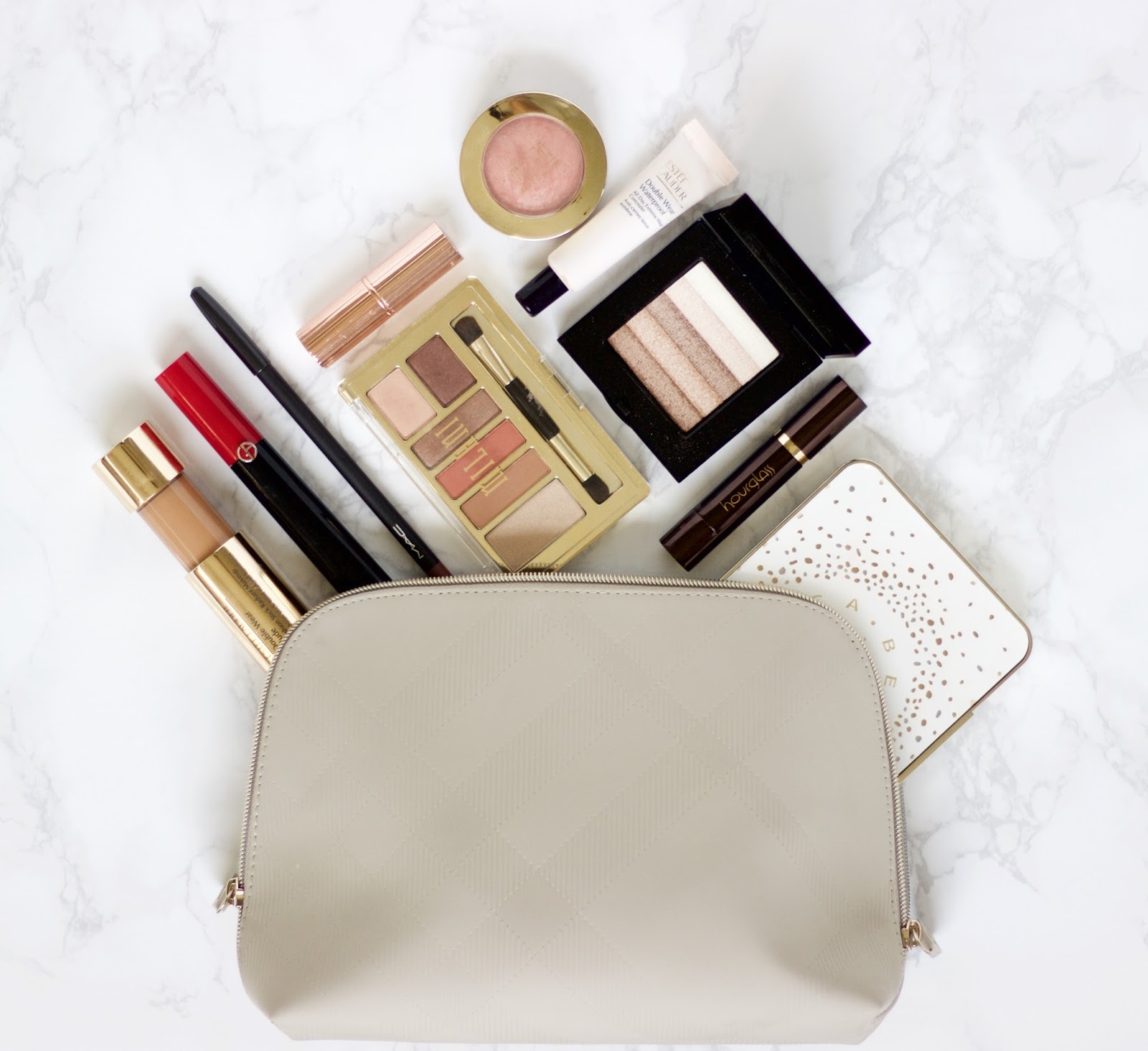 Well yes, and that means its time to share what I have been playing around with, for this past month.

With fall in my mind (even though when its still almost 80+ degrees outside), I switched up few things in my makeup bag with more warmer and berry tones.

Even though I don’t generally wear base makeup in my day to day life, it’s only during those special events when I pull out my foundations, primers and all that shebang. And August being that extra special month with back to back birthdays I did get to pull out my new holy grail foundation Estee Lauder Nude Cushion Stick foundation which is bomb by the way, in-case if you haven’t read my review. But on an every day basis I like to keep it simple with some concealer. And this concealer has kicked my Nars radiant creamy concealers butt, it’s literally that good. To set my under-eye concealer I have been using Soap and glory kick ass powder for forever now, and I take so much pride in seeing that I have hit pan on it (does anyone else too feel accomplished if they hit pan?). 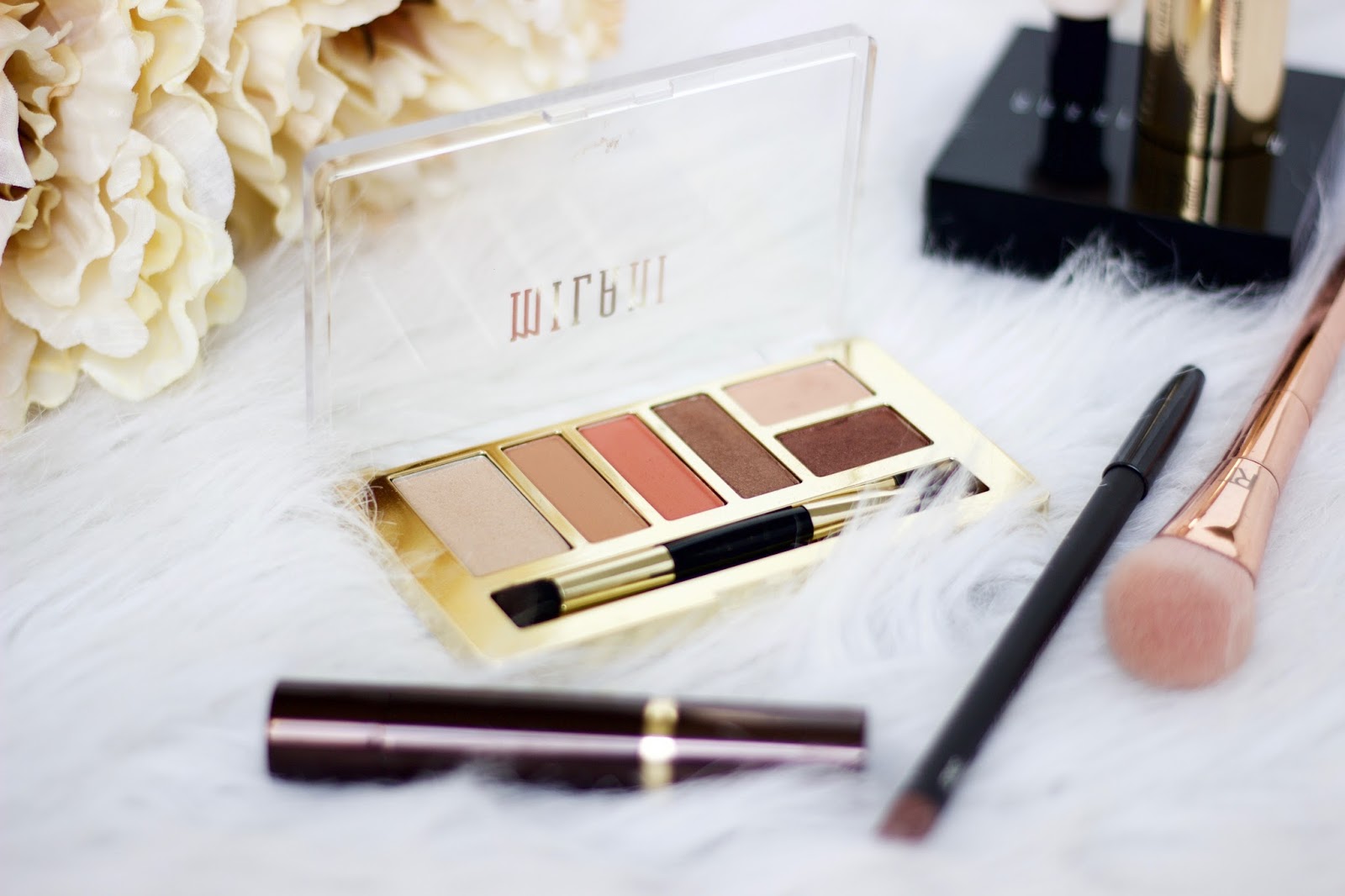 For the eyes, if I’m running late a little bit of mascara and I’m all done. I have been loving the Giorgio Armani Eccentrico* mascara a non waterproof formula after a long time, it makes me feel so nice (as it’s much easier to take off). And the bristles on the wand is the best thing about this mascara, as it defines the lashes beautifully without clumping. And if I have a little extra time in hand, the Milani 05 Earthy Elements everyday eye shadow palette has been tuning in with my autumn-y mood. It’s a stunning palette with amazing selection of colors, and I have been totally digging the orange-y shade in it (which I was the least excited about initially). 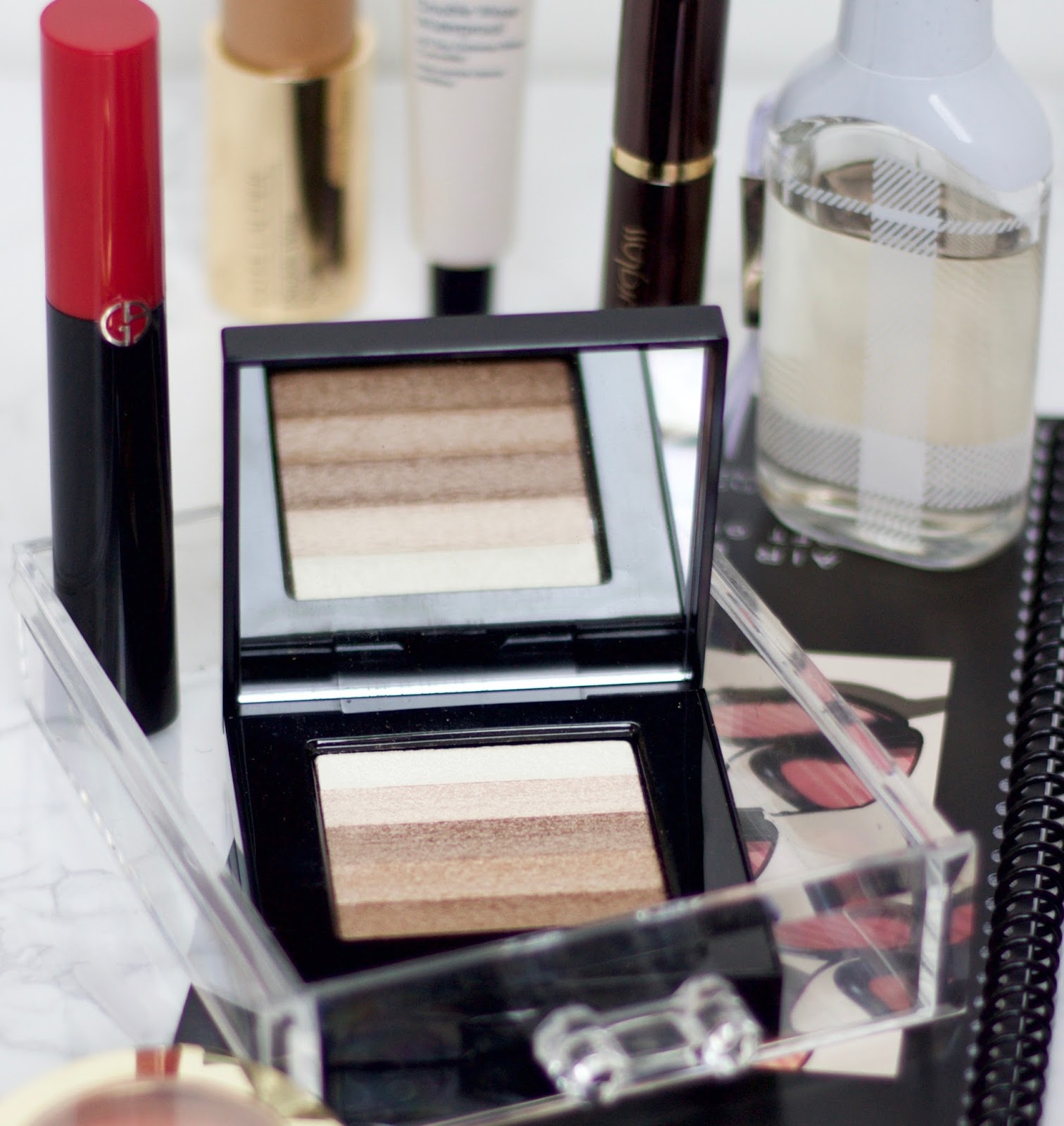 For blush I have had hard times putting down my Becca champagne palette to rest, but I did finally manage to rummage through my blush drawer and pulled out yet another Milani gem Luminoso blush, it’s literally the best drugstore blush ever! And for highlighter Bobbi Brown Shimmer Brick in Beige, has been slaying it for me (Fun Fact : I won this shimmer brick on Bobbi browns instagram give away hosted on friendships day, the BFF giveaway something, where I tagged my best friend ofcourse and we won, and that was epic, since we both are bloody unlucky in the winning department. Cheers to our almost 19 years old friendship – the best way to celebrate our bond, haha). 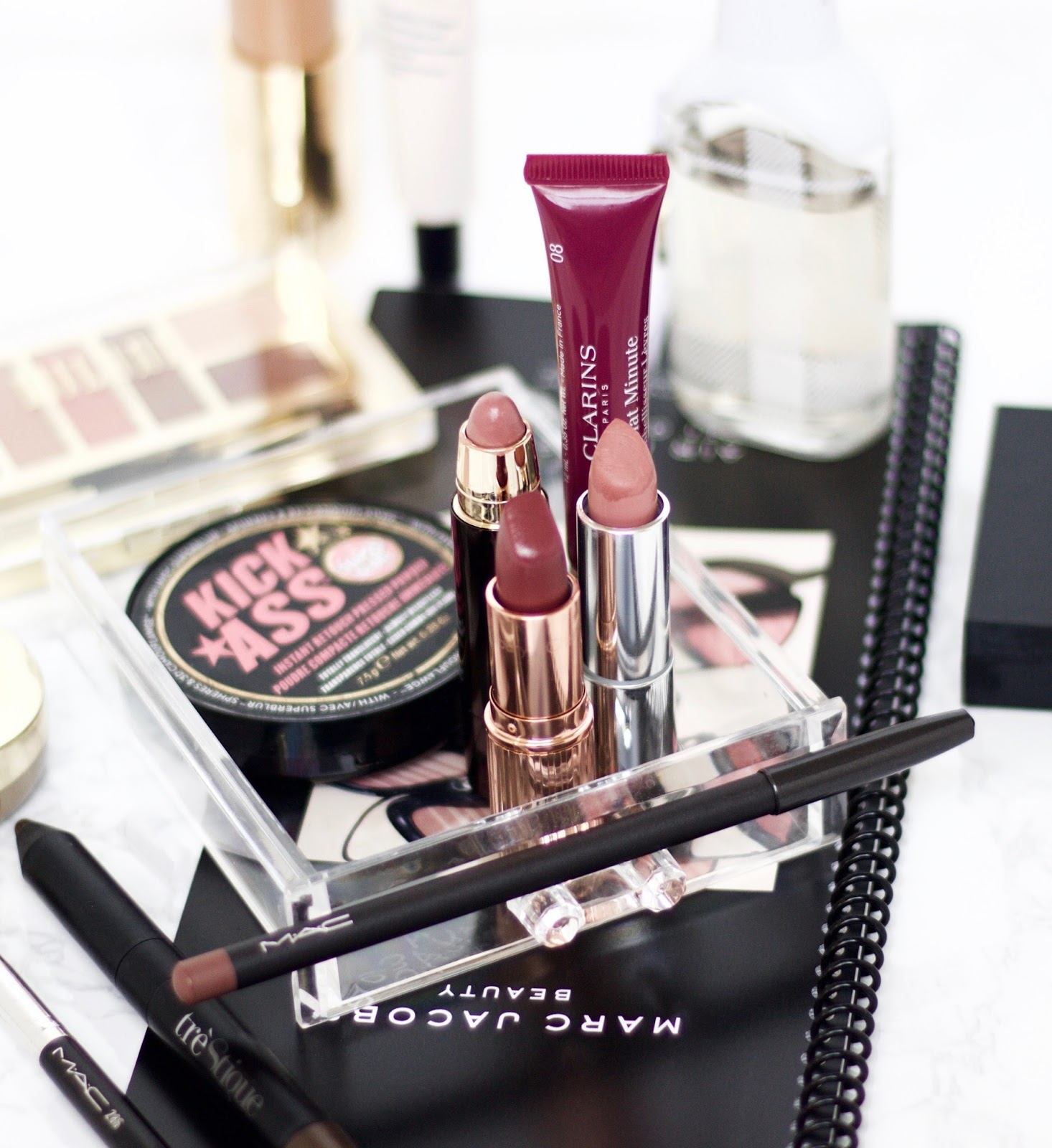 For lips I have been going back and forth between these three shades : Clarins Lip Perfector in Number 08, Charlotte Tilbury Bond Girl and Mac Spice lip liner paired with either Maybelline Daringly nude matt lipstick or the Hourglass Femme Nude No.6. 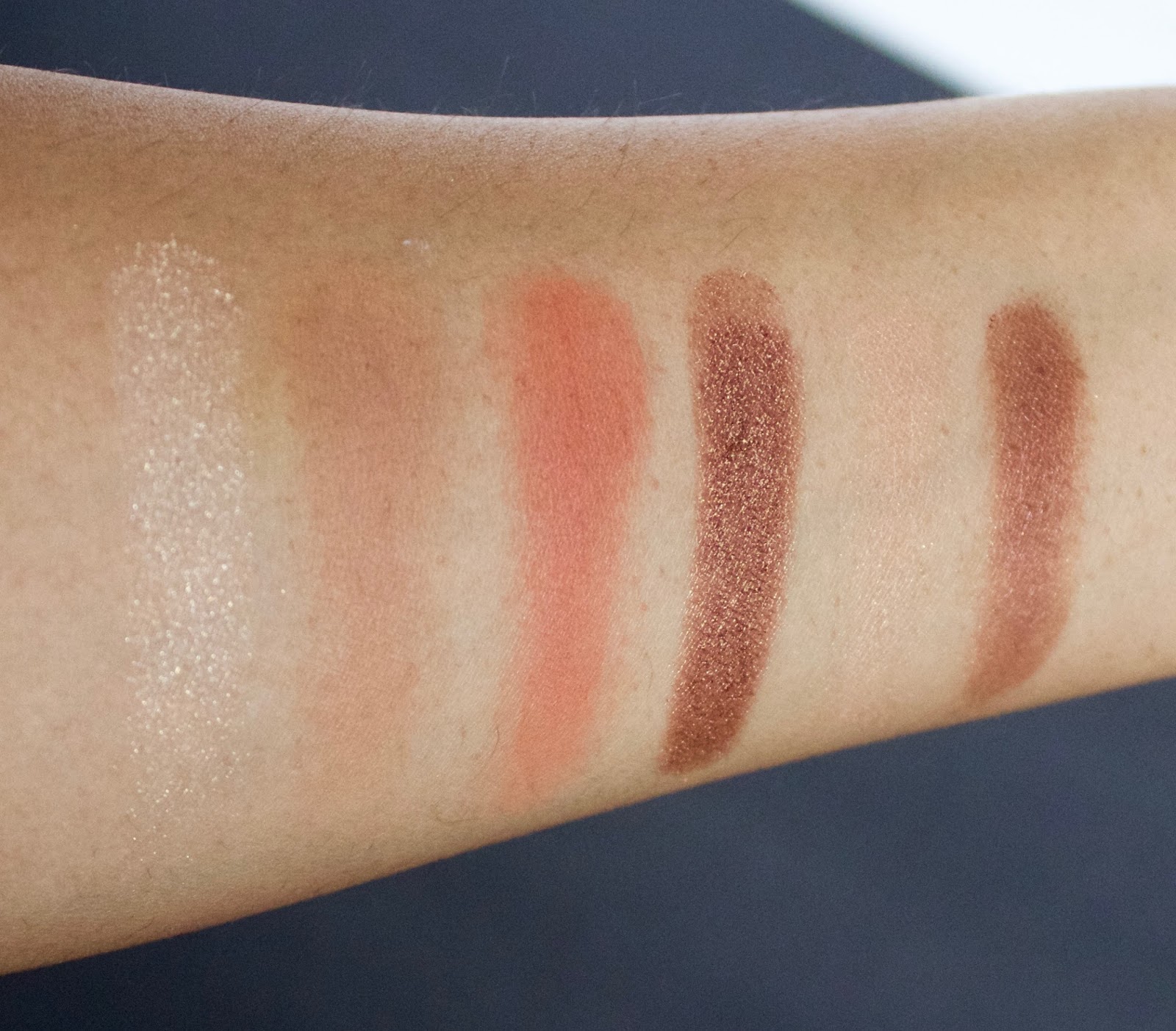 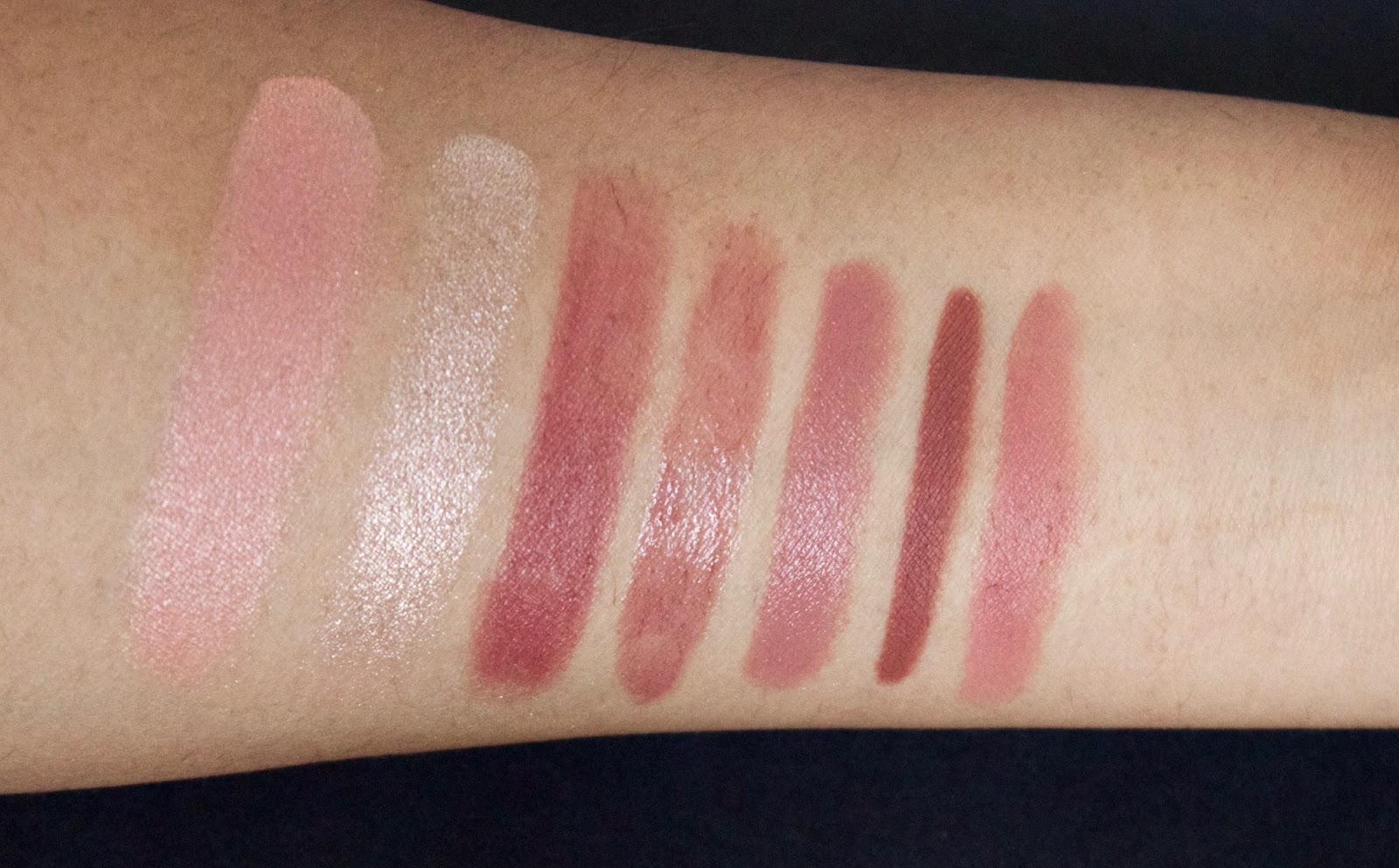 What have you been loving lately?